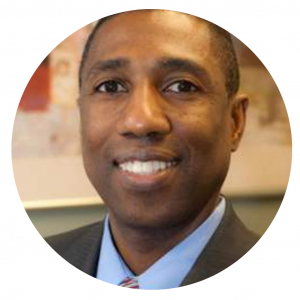 The Louisville Healthcare CEO Council (LHCC) continues to grow and expand, with numerous wins and successes under its belt to fulfill their objective of further securing Louisville’s dominance in the aging innovation space. As lead submitter for the U.S. Economic Development Administration’s Build Back Better Regional Challenge, LHCC secured a grant of $500,000.

The grant will be invested in establishing the Louisville region as a national hub for digital healthcare by broadening the region’s artificial intelligence (AI) talent pipeline and supporting AI adoption in the healthcare sector. The grant enabled LHCC to lead the coalition and hire David Henley as Regional Economic Competitiveness Officer under the Build Back Better grant initiative.

The Build Back Better Coalition includes the Louisville Healthcare CEO Council, Louisville Metro Government, the University of Louisville, Metro United Way, the Louisville Urban League, AMPED, GLI, and KIPDA. If successful, the grant will infuse the region with up to $75 million to build out the Digital Health Tech and Artificial Intelligence cluster, following a roadmap laid out by the Brookings Institution in its report “How Louisville Can Become A Stronger and More Equitable Hub for AI and Data Economy Jobs.”

“This is all about connection,” said Will Metcalf, an associate vice president in UofL’s Office of Research and Innovation. Metcalf also holds a dual appointment with LHCC focused on building collaboration between the two organizations to boost healthcare startups and aging innovation. “By connecting our corporate leaders and a powerhouse research university with the community and support from the  government,”  he said, “we can increase the evidence base for corporate and venture investment into solutions that solve the healthcare system’s most complex challenges.”

The grant allows for further expansion and investment in LHCC’s innovation engine. The “Healthcare Innovation Engine” was created by leveraging the collective engagement of LHCC CEOs. The Engine is a process by which healthcare system gaps are determined, relevant potential solutions are identified, and the innovations are then piloted, measured and maximized, allowing LHCC to create a robust stream of innovation that not only improves health outcomes, but also strengthens Louisville’s healthcare ecosystem and economic vibrancy.

If provided an implementation grant (phase two of the program), the coalition proposes to invest in: an innovation and learning center; workforce development with wraparound support; entrepreneurship, innovation, and commercialization programs; and a health tech applied research center. The deadline for phase two proposal submission is March 15.

As Regional Economic Competitiveness Officer, Henley’s role will be three-fold: First, to oversee the development and submission of Phase II applications for the U.S. Economic Development Administration’s (EDA) Build Back Better Regional Challenge. Second, he will be responsible for coordinating, implementing and evaluating the continued growth and development of the Coalition and regional growth cluster focused on emerging technologies in Digital Health and AI. Third, Henley will act as a liaison to EDA to ensure that technical assistance and grants are used to accelerate innovation, advance equity and unification in the region, create higher-skill, living-wage jobs that meet demand and grow industry clusters in the KIPDA region.

“This is a critical milestone in our efforts to build and support a robust innovation engine that attracts, nurtures and markets groundbreaking ideas directly from Louisville,” said Tammy York Day, president and CEO of the Louisville Healthcare CEO Council. “David will play an integral role as we capitalize upon this grant and continue to demonstrate how LHCC, and our coalition partners are having an impact in multiple ways.”

Henley was a senior level attorney with more than twenty-five years of success in the healthcare sector. He served as a key member of executive leadership teams as a vice president and chief compliance officer, privacy officer, risk management leader and culture leader. He has worked with government agencies and private industry. He has also served on several boards and committees dedicated to improving the community in Louisville.