HEN board of directors participate in Awareness on Implicit Bias session

To be effective in moving the bar to build a diverse, equitable, and inclusive organization, Health Enterprises Network (HEN) hosted a presentation to the Board on diversity, equity, and inclusion (DE&I). 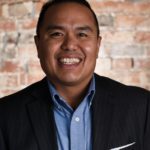 On November 10, 2021, Vahid Mockon, Manager, Industry Networks at Greater Louisville Inc. and a member of HEN’s DE&I Committee, gave a presentation on implicit bias. This session demonstrated how implicit biases manifest themselves, are underpinned and perpetuated unconsciously, and countered.

Impact of bias on healthcare

Implicit biases have been identified as one possible factor in healthcare disparities and they are likely to have a negative impact on patients from stigmatized groups. Further, the guide references a 2015 study revealing that most health care providers appear to have implicit bias in terms of positive attitudes toward Whites and negative attitudes toward people of color. Interventions targeting implicit attitudes among health care professionals are needed because implicit bias may contribute to health disparities for people of color

According to the participant guide “Because implicit bias operates at a mostly unconscious level, it is difficult for individuals to overcome. No existing training regime has proven particularly effective at de-biasing implicit bias. Fortunately, some research shows that stereotypes can be unlearned and that safeguards can be put in place to minimize their impact.”

The guide offers some suggestions for overcoming our biases by Alice Boyes, Ph.D.’s article from Psychology Today.

HEN Board Members: Email sally@healthenterprisesnetwork.com for a copy of the Participant Guide or a link to watch the Zoom video.