The Health Enterprises Network hosted a Health Policy Forum on November 10, sponsored by Hall Render. This group of healthcare executives and professionals met to hear about key issues and legislation related to the region’s health-related economy. 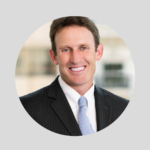 During the forum, federal government relations experts Andrew Coats and Abigail Kaericher, both from Hall Render, discussed what to expect in the upcoming Congress after the dust has settled from the 2020 election.

Coats and Kaericher were participating from their office in DC, far from reporters and protesters surrounding the White House since former Vice President Joseph R. Biden Jr. was declared the winner of the presidential election.

This was an unusual election, to say the least. What can we expect once Biden is in office? Biden will likely focus on protecting, as well as expanding, the Affordable Care Act (ACA) through increased premium subsidies and possibly a public option. Other items on the agenda include telehealth, drug pricing legislation, surprise billing and price transparency.

Coats said, “The path to enacting sweeping healthcare legislation is limited in a divided Congress.” Coats predicted that a weakened COVID-19 stimulus bill will likely come out of Congress.

(At the time of print, Democratic leaders in Congress threw their support behind a $908 billion compromise bill, turning up the pressure on Senator Mitch McConnell, the majority leader, to bring a stimulus bill to the floor.)

Another popular issue that usually garners bipartisan support is rural healthcare legislation. Coats said, “More people are moving from cities to rural states such as Montana or Idaho which are beautiful, but there are not many hospitals.”

Coats said that Congress will have major telehealth legislation on the floor next year. A comprehensive bill will be introduced related to telehealth with members from both parties likely agreeing on it.

Beyond that, it’s difficult to move legislation in a divided Congress. Coats said, “You’ll see administrative actions and Executive Orders, and some small legislation, but much of the sweeping legislation won’t come to fruition.”

At the time of the forum, there were still four elections in peril—Alaska, North Carolina, Georgia and Pennsylvania. Coats said, “Implications of GOP controlled Senate is it will be back to the status quo–like in the late Barack Obama term–without much movement.”

Coats predicts that Senator Mitch McConnell, Majority Leader, will have to decide how many wins to give Biden. Coats said, “Chuck Schumer made a decision to not give any wins to President Obama, but McConnell is more of a deal maker.” Expect lots of gridlock and not much legislation moving. Coats predicts that broad scale ACA reform or Medicare for all is dead and said, “McConnell will never let that happen.”

Kaericher feels optimistic about collaboration between parties, “We’re in a different environment because Biden and McConnell have a history of making deals.”

The House balance of power at the time of the panel was 215 Democrats and 196 Republicans. Democrats will maintain the majority, but less of a majority than before. Kaericher said, “There were three races people in DC were watching–Illinois, Missouri and Oklahoma–because pundits said they are indicative of what will happen.” Republicans won all three states.

Blame fell to House Speaker Nancy Pelosi with her party questioning her on strategies and priorities leading up to the election. Kaericher said, “With the losses and the failure to flip targeted GOP seats in Illinois, Ohio and Texas, Pelosi will have less room to maneuver.”

Congresswoman Alexandria Ocasio-Cortez easily won her election in New York with increased press around the race. The house had a conference call where Representative Abigail Spanberger of Virginia said that the progressive rhetoric caused centrist Democrats to lose seats. Spanberger warned Democrats to develop a more cohesive message to avoid losses and encouraged her party to stop using the word ‘socialist’ in future elections. Some Democrats are becoming openly defiant of Pelosi, however, hence the leaked conference call.

The discussion moved to possible nominations for the Health and Human Services Secretary, which Kaericher compared to a parlor game because so many names are being floated. Possible nominees include Karen Bass, Michelle Lujan Grisham, Pete Buttigieg (he’s on many lists), Ezekiel Emanuel, Vivek Murthy and Jack Markell. Kaericher predicted that Michelle Lujan Grisham would get the nod.

As of December 1, New Mexico Gov. Michelle Lujan Grisham (D),  is said to be one of three candidates under consideration for the position, along with former Surgeon General Vivek Murthy and Rhode Island Gov. Gina Raimondo (D).

(Biden selected Xavier Becerra, the Democratic attorney general of California, as his nominee, tapping a former congressman who would be the first Latino to run the department.)

The U.S. Supreme Court was set to hear the California v. Texas case on the constitutionality of the Affordable Care Act the day of the forum. The legal challenge in the case hinges on the so-called individual mandate, a provision of the law requiring most Americans to have health insurance coverage or pay a fee. In 2017, Republicans effectively ended that provision by zeroing out the penalty as part of a tax overhaul. A ruling for the case is expected in spring before the Supreme Court’s term ends in June.

Over Promise, Under Deliver

Various spending bills and the stimulus package top the agenda for the lame duck session. Congress returns with a packed agenda, with few working days. Action will be needed to keep government open past Dec. 11. Senate Majority Leader Mitch McConnell and House Speaker Nancy Pelosi agreed to try to pass an omnibus appropriations package in December.

Leaders expressed interest in reaching agreement on a COVID-19 stimulus during the lame-duck session, after negotiations stalled before the election.

President Donald Trump issued several Executive Orders during his term. Will Biden unwind those Executive Orders? What will that look like? Coats weighed in, “Executive Orders are becoming ‘en vogue’ because of the Obama administration and the fact that they couldn’t get anything passed.” Many will end with the Trump administration because most are timestamped to the end of 2020. They would need to be renewed, but Coats said that likely won’t happen.

As for any hope for a CARES (Coronavirus Aid, Relief, and Economic Security Act) 2.0 package, McConnell said that nothing is moving without liability protections from the Senate. Kaericher said, “Unfortunately, that hasn’t picked up support from the House, which prevented Cares 2.0 from passing this summer. Democrats were using that as a bargaining chip.”

Who will the winning sectors be in the Biden administration with a split Congress? Coats said that oncology may receive a lot of funding because of Biden’s son. As for Medicare, Biden wants to lower the age to 60 which will help some of the big insurers.

Beyond healthcare, Coats said, “Infrastructure is always big and we are overdue on that. Materials companies like Caterpillar will do well. Clean energy stocks have exploded so electric cars, Tesla, will do well.” Coats jokingly added, “This is not a recommendation by any means.”